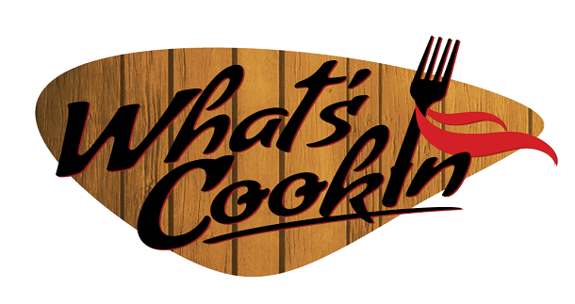 Elliott, a hedge fund, is creating a wave by proposing to the BHP Billiton Board that BHP demerge its US onshore and Gulf of Mexico petroleum assets, unify the dual-listed structure and repurchase shares on an ongoing basis whilst continuing the current 50% dividend payout ratio. Elliott has 4,1% of the share capital of the London listed PLC. Whilst deceptively attractive, the proposal has numerous shortcomings on closer examination and the likelihood of unintended and costly financial consequences. BHP have swatted Elliot away, and rightly so. There is value in BHP Billiton at these levels but it does not need a disruptive financial engineering exercise to see hypothetical value realised. The JSE listing is aligned to the London PLC listing, not the Australian Limited listing, with South African shareholders holding 17% of the PLC structure.

Elliott, a hedge fund, is creating a wave by proposing to the BHP Billiton Board three things:

Elliott has 4,1% of the share capital of the London listed PLC and holds rights to acquire up to 0,4% of the issued shares in Australian listed Limited.

Ostensibly, this seems not a bad idea at face value but dig a bit deeper and it has complications and possible unintended consequences. Hedge funds tend not to be too fussed about such things, Elliott would likely be out of the stock in a jiffy if their purported upside of about 50% was achieved.

I’m doubtful of the Elliott proposal, indeed it is intellectually challengeable, has not considered accounting aspects with rigour, and is self-serving rather than aligned to what is best for the economics of a real-world mining business in a cyclical industry.

Nevertheless, let’s first examine what Elliott argues and then deconstruct that.

The corporate structure of BHP Billiton:

BHP does not have a unified corporate structure. BHP Billiton Limited and BHP Billiton PLC are separate companies in a dual listed company (DLC) structure but operate as a combined Group known as BHP Billiton.

Both companies have identical Boards of Directors and are run by a unified management team.

Shareholders in each company have equivalent economic and voting rights in the overall BHP Billiton Group.

BHP’s DLC structure dates to 2001 and was put in place to combine PLC and Limited without either company acquiring or merging with the other in the legal sense.

BHP pays both PLC and Ltd shareholders the same dividend. But because of the unbundling of South32 there is not enough income being generated and thus distributable reserves held in PLC to pay the British shareholders' 40% share and thus Ltd has lent to PLC.

Elliott proposes having one Australian-headquartered and Australian tax resident listed company that has both an ASX and LSE listing with a primary LSE listing rather than ASX and a UK domicile. The secondary JSE listing would likely remain.

Elliot avers that PLC has traded at an average discount of 12,7% to Ltd over the sixteen years since the DLC merger, claiming “economic asymmetry”.

However, this would be costly exercise and would give rise to a large capital gains tax bill due to the transfer of the PLC assets. This would crucially impact South African investors. The current structure gives sufficient flexibility and acquisition currency.

BHP estimate $1,3 billion as the minimum cost of delayering whilst savings are quantified at a minimal $2,5 million a year, for no advantage and likely side effects.

Moreover, SA shareholders, who hold 17% of the PLC structure, would also be subject to capital gains tax for no benefit.

There are regulatory issues too that are time consuming and could scupper a conclusion anyway.

The graph below shows the degree to which the PLC price has trended in relation to Ltd. The PLC price is converted to Australian dollars at prevailing rates. 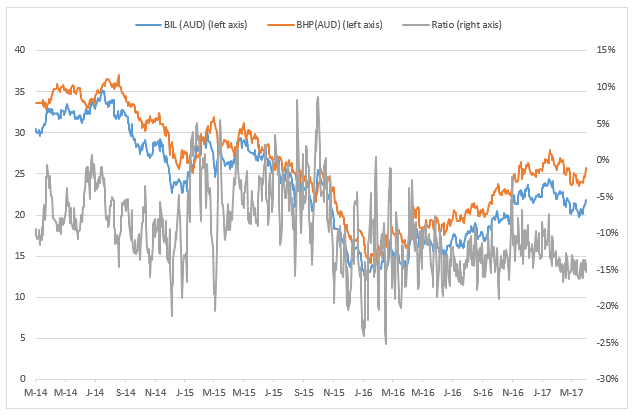 A question here is which is the correct rating? Is PLC at a discount or is Ltd at a premium?

The differences in price earnings multiples between the London FTSE 100 and the leading ASX 200 index has probably more to do with the PLC/Ltd divergence than dividend franked credits.

If the structure were collapsed, there could be the precise opposite of what Elliott is arguing.

The London FTSE 100 index is on a PE of approximately 14,5x whereas the ASX 200 is on 16x, partly because of composition, and an approximate 10% discount. Any higher spread between the PLC price and the Ltd price could be ascribed to franking credits on the Australian portion on the dividend.

The issue of franking credits:

Franking credits are designed to eliminate double taxation on dividends. Franking credits were introduced in 1987 to allow Australian tax resident companies to pass on credits for taxes paid at the company level to shareholders. When Ltd pays tax on income the tax paid is a credit, known as a franking credit. As at June 2016, BHP had $9,7 billion in franking credits. Ltd attaches the franking credit to a dividend declared or the income component of a share buyback.

Franking credits may be used by Australian tax resident shareholders who receive them to offset their own liability to Australian tax on the dividend income or the income component of a share buyback received from Ltd. The rate is 30%.

Elliott reckons that the build-up of franking credits at Ltd is due to the diminished distributable reserves of the PLC entity and is thus a waste with value “stranded”.

My sense is Elliott is seeing money where money doesn’t arguably exist. The value of the franking credits is variable and can’t simply be monetised, unless there is a share buy-back to the benefit of Australian domiciled shareholders. Also, the variability of future dividends has risen after the abandonment of the progressive dividend policy.

Unbundling and listing BHP’s US Petroleum business on the New York Stock Exchange:

Elliot proposes a separate listing of the petroleum business, leaving behind iron ore, coal, and copper.

The reasoning from Elliott is that the US onshore and Gulf of Mexico assets are supposedly not contributing to “shareholder value”, provide “no meaningful diversification benefits”, and suffer “a lack of synergies”. An unbundling would somehow result in a “clear value re-rating for both BHP’s US petroleum business and the remaining core BHP business”.

Whilst an unbundling of petroleum could theoretically unlock value, it is dependent on what debt is ascribed. Elliott ascribe too little debt, inflating the equity value.

Assuming Petroleum makes EBITDA of $3 billion in 2018, then on a conservative 7x EBITDA multiple an enterprise value of $21 billion is arrived at – in line with the $22 billion Elliott suggest.

However, Elliott allocate a minimal $2,5 billion of BHP’s current $20 billion in net debt to Petroleum. Group net debt is anticipated to fall to $15 billion as at June 2017, in large measure due to iron ore cash flows. I expect Petroleum to remain cash flow negative and iron ore cash flow positive.

A substantially higher proportion of debt would need to be ascribed to Petroleum and I would ascribe a net value closer to $10 billion rather than the $19,5 billion implied by Elliott.

Petroleum is likely to contribute less than 20% of EBITDA over the next few years compared to iron ore at around 45%, coal at 20% and copper 15%. The cumulative EBITDA contribution of Petroleum over the past five years was closer to 30%.

Furthermore, Petroleum will consume over 55% of group capex going forward (35% on average over the past five years) and thus Group cash flows will be essential to grow this business.

The conclusion is that the Elliott proposal would result in a sub-scale Petroleum business.

Elliott propose a net debt ratio of 1,3x EBITDA and have regular buybacks paid for with excess cash. They claim that BHP uses “excess cash to make value-destructive acquisitions” and so should rather give cash to shareholders rather than deploy it to grow the company.

The argument does not hold water and would compromise the integrity of the balance sheet. BHP figures illustrate that if such a suggestion had been followed since 2012, net debt would have exceeded $50 billion in 2016 or 4x EBITDA. BHP is in a cyclical business and this requires the flexibility to sustain periods of downturn. Last year, BHP threw out the progressive dividend policy in favour of a payout ratio of 50% of underlying attributable earnings, which makes sense.

In theory, the current large franking credits balance could enable a buyback at a discount, say 10%, as BHP has to effect transfer payments to PLC to pay dividends via the share mechanism, thus giving up franking credits on dividends paid to PLC. However, this only looks at one side of the ledger and having a single structure isn’t necessary for buybacks.

There is little financial engineering rationale for BHP to rerate by 50%, as Elliott claim, as there is sufficient value in the current structure to be unearthed.

I see the Elliott proposal to dramatically initiate a radical overhaul of BHP as annoying at best and potentially disruptive and value-destroying if it were to happen.

The chances of Elliott persuading most institutional shareholders to go along with this seems remote. BHP management engaged with Elliott for eight months but their one-dimensional thesis seems not to have budged.

I ascribe an enterprise value of approximately $105 billion, of which iron ore is the largest component at 51% followed by the petroleum assets and copper at 18% each and with metallurgical coal the balance. Deducting net debt of $15 billion gives an equity value of $90 billion on a sum-of-the-parts basis.

Based on an enterprise value of $105 billion, the forward EV/EBITDA multiple is 4,8x. The forward PE multiple is 11,3x and the dividend yield 4,4%. 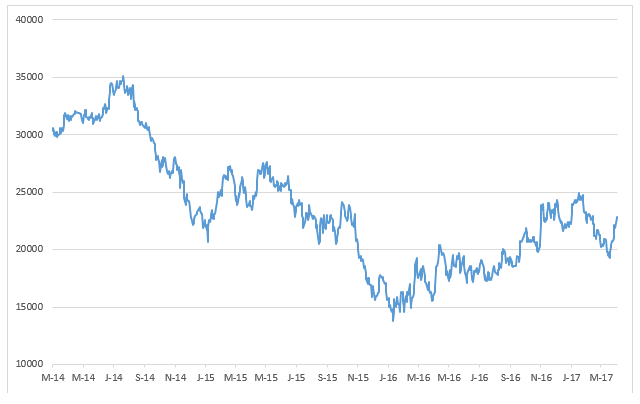 Wishing you profitable investing, until next time